A downloadable game for Windows

It is the year 2053 and you are Captain Alexander Brumwell, you work for a privately owned weapons contractor called Citadel who's job is to design weapons and aid the American Law Enforcement Unit (A.L.E.U.) you and your squad specialize in Special Weapons And Tactics (S.W.A.T.), and have been tasked with neutralizing The New Amerik, an underground crime circle known for kidnappings and assassinations

At the moment, there is no multiplayer, but the maps listed are planned maps/gamemodes.

-Hotel - Siege (Team B Defends 3 points. Part 1 of the match Team B defends point A for 3 minutes and if Team A captures it, the remaining time is added to the timer and Part 2 starts, where Team B defends point B for 3 minutes + the remaining time from Part 1, and so on for another Part, and if all points are captured, Team A wins, but if they fail to capture even the first point, they lose)

-Airport - Cat & Mouse (Team A has to kill three "Mice" enemies which have bombs and defuse the bombs before the "Mice" enemies can reach their designated planes. There are also three other "Sleeper" enemies that can equip SMG's and Handguns which can disguise as civilians until they attack)

1 Some what playable map

4 Classes (5 technically but Breacher does not work right now)

Finish Breacher class & give other classes their tools

*I personally would recommend you wait for 0.8 to play so it doesn't disappoint you

When I do arcade it doesn't take me to game

Thank you so much 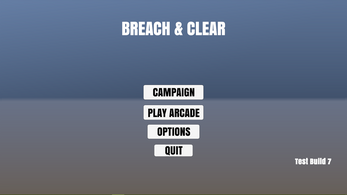 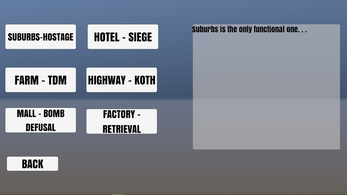 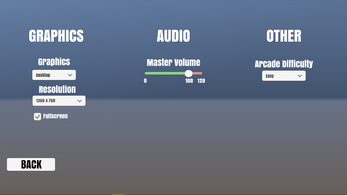 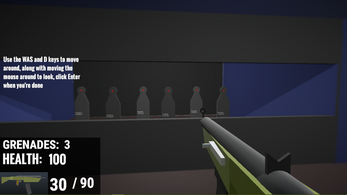 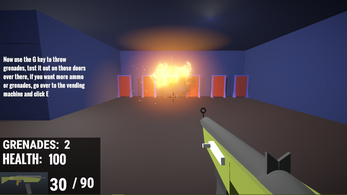 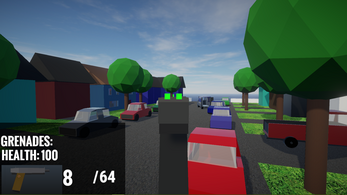 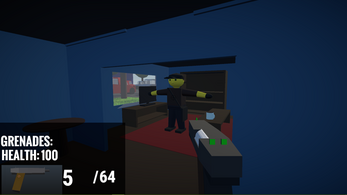